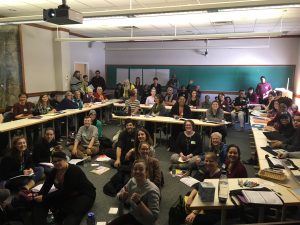 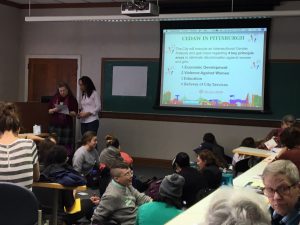 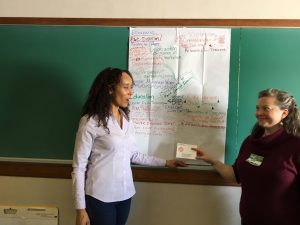 The Executive Director for the Pittsburgh Gender Equity Commission has been selected and the first commissioner is on board!

The writer is a member of the Women’s International League for Peace and Freedom.

Pittsburgh City Council voted unanimously to approve our CEDAW Ordinance!. Thank You! Now there can be a Commission on Gender Equity with the power to execute a City wide Gender Analysis. The goal will be to identify where the City can contribute to ending gender bias in areas of Economic Development, Education, and Violence Against Women.

Miami/Dade County publishes their first “Status of Women” report required under the CEDAW Ordinance passed In 2015.

The ordinance requires the Miami-Dade Commission Auditor and Commission for Women to report each year on the status of women and girls in health and safety, economic development and education.

WESA: Photo from our Press Conference

Another great article explaining why it is so important to pass this CEDAW Ordinance that we have worked on for over a year and Council Woman Natalia Rudiak has sponsored. The time is now.

Go to the Resources page on this pgh4cedaw.org website for details on how to access the videos from the Post Agenda (explains the what, why and how to have CEDAW make a difference in Pittsburgh) and Public Hearing.

Our CEDAW City Ordinance was Introduced to City Council on October 25th by Natalia Rudiak.

What can you do?

Questions?  Send an email to pgh4CEDAW@gmail.com

* CEDAW: The UN Convention on the Elimination of All Forms of Discrimination Against Women.

No Limits for Women!

Pittsburghers for CEDAW Monthly Meetings.  All are Welcome!

Our Mission is to have Pittsburgh become a CEDAW City by passing an ordinance that establishes the framework and reflects the principles of CEDAW (The UN Convention on the Elimination of All Forms of Discrimination Against Women).  And then to leverage that ordinance to improve the lives of women and girls in Pittsburgh.

To date, 187 out of 193 United Nations member states have ratified CEDAW.  The United States is one of only six countries — along with Iran, Sudan, Somalia, Palau and Tonga — that have not ratified CEDAW.

The Cities for CEDAW campaign “Makes the Global Local” by implementing the Convention in cities and towns across the United States. Four cities and Miami/Dade County have already passed ordinances, thirty other cities are in-process. We believe that the time is right for Pittsburgh to participate.